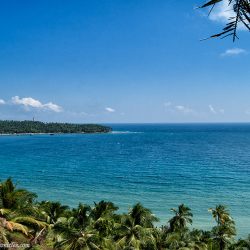 Endemics Mania Andamans is a hotbed for endemics. The highlight of the tour would be the Nicobars which is rarely birded but the…

Pick-up from airport & check into the resort, followed by a briefing of the tour plan. Post lunch, which we will head out
towards our birding hotspot Sippighat. Shore birds and wetland birds that can be seen in this area are Plovers, Stilts, Ducks
(Andaman teal), Curlew, Godwit, Egrets (Chinese egret), Herons (Chinese pond heron), Warblers, Kingfishers Etc.. After
some evening birding, we will cover the nocturnal birds and return back to the resort. Birds to expect include Andaman
Barn Owl, Andaman Scops-Owl, Andaman Hume’s Hawk Owl, Andaman Nightjar and Oriental Scops-Owl.

Pick up from the hotel and drop at the Haddo Wharf. Our Guide will help you through the embarkation procedure and set
sail to the Great Nicobar Island. The journey usually takes 2 days & 1 night to 4 days depending of the ship, with a halt at
Kamorta, Nancowry.

The ship will berth at Kamorta Island in the Nancowry group of Islands. If the halt is long enough and we can get permission from the captain to disembark, we will bird for a couple of hours. On arrival at Great Nicobar we check-in into a local guesthouse.

Embark on the Journey back to Port Blair, Depending on the vessel; the return journey can take 2-4 days time. M.V Chowra & M.V Sentinel stops at Kamorta, Chowra, Trinket & Car Nicobar Island while M.V Campbell Bay & M.V
Swarajdweep stops only at Kamorta Island.

Depending on the ship, you will reach Port Blair late in the afternoon and our coordinator will greet you at the harbor and take you to the pre-booked resort.
Night Birding: Chidiyatapu

On our last day, we will spend the day birding at Kalatang and Shoal Bay to cover the endemics missed out in the previous days.

Drop to the airport. The Andaman & Nicobar birding tour ends

Private vehicle for pickup and drop as per the above itinerary Stay as per itinerary Transport to all birding locations Top notch bird guide and local field assistant. Airport pickup and drop. Entry permits, Entry tickets, Parking charges, Boat tickets/Ferry tickets wherever required. Assistance at all arrival and departure points. Tour assistance by our tour manager.
All kind of personal expenses such as tips, laundry, telephone bills, beverages, etc. Meals which are not mentioned in the inclusions section. Airfare to Andamans. Any personal expenses; Room service and special orders. Alcoholic and non alcoholic beverages. Any extra excursions or sightseeing apart from the suggested tour itinerary. Camera fee (still or movie) Extra usage of vehicle. Any additional charges arising due to natural calamities, political disturbances, vip movement, etc. Everything not mentioned in the inclusions.
Open All Close All