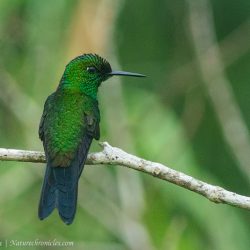 Costa Rica Birding Tour Costa Rica – the ultimate bird watchers paradise. No other country in the world has more bird species per…

Costa Rica – the ultimate bird watchers paradise. No other country in the world has more bird species per sq. m than Costa Rica, where more than 900 bird species are reported. This highest density makes birding as well as photography highly productive and very spectacular.  Its unique position as a land bridge between the North and South American continent and high diversity in habitats and micro-climates make it a trap for species from both continents..

The best price you will get for a full Costa Rica Bird tour.

Day 1Welcome at airport and transfer Carara. Birding enroute and in park

Day 5Birding at Arenal Obeservatory and the Hanging bridges

Day 8Talamanca Highlands for some rare owls and antpittas

Day 9Quest for the Resplendent Quetzal